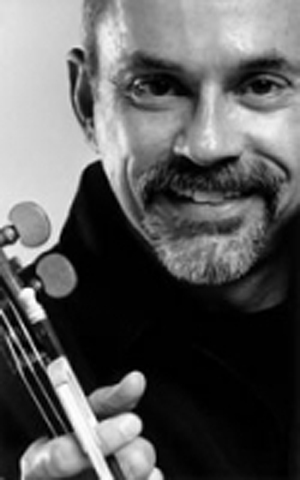 David Daniel Bowes, viola, is an active performer and teacher on both modern and baroque viola and violin. He has been a member of Philharmonia Baroque Orchestra since 1982 and the American Bach Soloists since 1992. He has played with the Santa Fe Opera Orchestra, the San Francisco Symphony, the San Francisco Opera Orchestra, and the San Jose Symphony, where he was Acting Principal. His career in Baroque music took him to Europe, where he performed, toured, and recorded with Les Arts Florissants (in the original staging in 1986 of Lully’s “Antsy”), the Amsterdam Baroque Orchestra, and with Il Complesso Barocco.

A graduate of the Manhattan School of Music and the San Francisco Conservatory of Music, Mr. Bowes was also a Fellowship violist four summers at the Aspen Music Festival. His main teachers have been Kato Havas, Lillan Fuchs, Karen Tuttle, Monica Huggett, and Sigiswald Kuijken. He made his solo orchestral debut in 1981, performing the Mozart Sinfonia Concertante with violinist Margaret Tyson Klein. Mr. Bowes is also a licensed California Realtor, affiliated with Zephyr Real Estate, Soma office.