Ben Snellings, cellist and conductor, has been performing and teaching in the San Francisco Bay 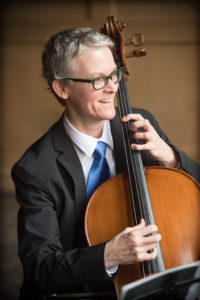