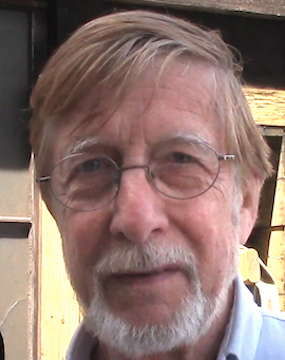 Alden Jenks recently retired from the San Francisco Conservatory, where he was a professor of composition, for a time chair of the composition department, director of electronic music, director of the recording studio, and teacher of a wide range of subjects in the history and theory of music. His involvement with GGP began when his son joined in 2010, and has continued ever since. He has composed both electronic and “acoustic” music in a wide variety of forms — instrumental, vocal, theatrical. 2014 was a big year for him, with four Bay Area concerts, premieres of three compositions as well as performances of several older works. Despite the “avant garde” character of much of his music, Alden teaches the basics with conviction and enthusiasm, and loves his continuing participation in GGP.