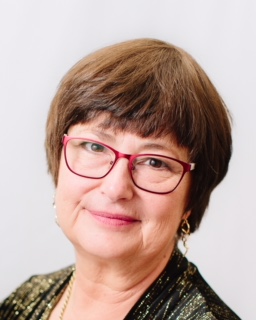 Deeply passionate about championing nonprofits, Darcy Mironov has a strong background in program development and administration with the American Red Cross and Institute for Medical Quality (IMQ), as well as being a talented musician.

Professionally, Darcy worked for the American Red Cross, teaching innumerable Health & Safety courses to students, health care providers and first responders over many years. Eventually she came to manage Health & Safety Services for the Bay Area’s six-county Chapter, a program responsible for training 160,000 students annually. She subsequently worked for the nonprofit subsidiary of the California Medical Association, IMQ, as Administrator of Continuing Medical Education (CME), where she managed California’s CME accreditation program overseeing compliance for hospitals, medical societies and others.

On a personal, parallel track, Darcy is an accomplished flutist. In her youth she played in numerous honor bands and orchestras, winning principal flute auditions with the Fresno Jr. Philharmonic under Guy Taylor and the Wagner Flute Scholarship to Interlochen International Music Camp, where she played in the World Youth Symphony. Moving to San Francisco to study flute with Paul Renzi, Principal Flutist of the San Francisco Symphony while attending San Francisco State University, her other flute teachers include Alexander Murray, Principal Flutist of the London Philharmonic; Lloyd Gowen, Piccolo, San Francisco Symphony; and Frank Langone, Principal Flutist, Fresno Philharmonic. After graduating, she went on to play principal flute as a member of several professional folkloric music and dance ensembles, performing throughout the United States (including Carnegie Hall) and beyond, including guest appearances on several television specials and with the San Francisco, Honolulu and Baltimore Symphonies in their pop concert series .

Eventually marrying a dancer from one of the ensembles, Darcy and her husband settled permanently in San Francisco, where they raised three sons who played guitar, trumpet and tuba, and participated in their schools’ music programs and Cazadero Music Camp. She has always remained an active musician personally, playing principal flute with the Palo Alto Philharmonic under Gideon Grau, Master Sinfonia Chamber Orchestra under David Ramadanoff, and for the past several years with Symphony Parnassus, under Stephen Paulson.  She has also been an active Board member with both Symphony Parnassus and the Palo Alto Philharmonic.

Excited to have the opportunity to lead the Golden Gate Philharmonic, Darcy merges her professional experience with her personal passion, energy and enthusiasm, ushering GGP into the next decade!